The circular economy, climate adaptation, sustainability and social cohesion are the focus of this year’s Holland Metropole delegation to Expo Real.

In total, 34 Dutch cities, companies and organisations are taking part in the Munich trade fair.

The Holland Metropole alliance, first launched almost 10 years ago, aims to promote public-private partnerships at a metropolitan regional level, making sure the issues facing urban areas are put on the agenda and that there is enough executive and investment power to forge real change.

Investor Bouwinvest, for example, is supporting the Red & Blue research project, a five-year programme backed by the government, universities and private sector, which aims to establish ways to make the built environment climate adaptive. But the company is also active in its own right.

‘The  effects of climate change are part of our risk models. We include climate adaptation programmes in our portfolios and we have added these climate risks into our investment decision-making process,’ says CEO Mark Siezen.

The Netherlands has drawn up a list of targets for reducing greenhouse gases and eradicating natural gas as a source for heating and cooking in homes. On a national basis, the government has pledged to cut greenhouse gas emissions by 49% in 2030 compared with 1990.

The alliance includes the five biggest Dutch cities of Amsterdam, Rotterdam, The Hague, Utrecht and Eindhoven. ‘We are creating a city in which heavy rainfall does not damage our homes and roads, in which you can find a cool place to sit on hot days and in which greenery survives drought,’ says Rik Thijs, Eindhoven’s housing alderman.  ‘Climate adaptation is not just about technical solutions, but about making Eindhoven a better place to live and work.’

Others are working on innovative techniques. ‘As a family business we feel responsible for future generations, so we have opened a circular construction hub called Urban Miner. We focus on timber construction, invest in emission-free equipment and develop energy neutral buildings,’ says a spokesman for Dura Vermeer.

Developers too are investing in new techniques and materials. While timber has now become the new standard, Ballast Nedam has branched out further and is using straw, a residual product from farming, as a construction material in its new ‘Nature Houses’ – with construction due to start in 2023. By using prefabricated straw panels, the company says it is able to build on a large scale and the resulting home is 95% biobased.

MRP has also turned to prefabrication. ‘We focus on modular building techniques and this means we can produce homes more efficiently and economically,’ says CEO Bart Meijer of MRP. ’This benefits both the planet and the consumer.’

To find out more about what the Holland Metropole partners are showcasing at Expo Real, visit A2.130. 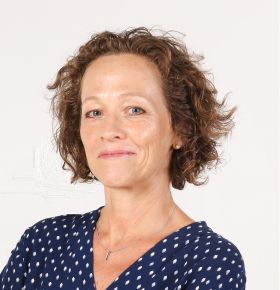