WP Carey: ‘We are not stopping investments’

Speaking to PropertyEU, Christopher Mertlitz said: ‘I think the mood here is reflective of maybe some hesitation and anxiousness of what is to come in the fourth quarter and into next year.’

He added: ‘I think we are entering into some very tough economic times and the market is clearly changing. But I am of the opinion that change is constant. It doesn’t mean we batten down the hatches and completely stop what we are doing. I can emphatically say we are not stopping investing. We are looking at opportunities.’

WP Carey is listed on the New York Stock Exchange and marks its 50th anniversary next year. It has investment professionals attending Expo Real from both the US and Europe this year. The company specialises in sale & leasebacks, build-to-suit and single-tenant net lease properties. Among its top tenants globally are U-Haul, the Spanish state of Andalusia, Germany DIY chain Hellweg, Metro Cash & Carry, and Marriott Corporation.

Last year, corporate sale & leasebacks reached a record €29.2 bn in Europe, according to JLL. Owned assets that are ‘mission critical’ to corporate occupiers were increasingly being monetised in 2021, with industrial and logistics properties a stand-out asset class.

Some mega transactions were inspired by M&A activity with a notable example being the €2 bn sale-leaseback by UK supermarket chain Asda of its distribution network to Blackstone.

Supermarket groups were looking to raise income from their stores and supply chains, while firms were doing likewise in sectors such as energy, life sciences, and technology following portfolio reviews.

Now, with Covid-19 seemingly in retreat, there is a new challenge for investors in the guise of inflation, rising interest rates, the cost of borrowing, and recession.

One might wonder whether a recessionary environment could spell danger and therefore a pause for those specialising in sale-leaseback deals given the credit rating, strength of balance sheet and overall business prospects could be under pressure.

Not necessarily, said Mertlitz. ‘I would agree that the UK is probably already in recession, and I think the remaining parts of Europe will follow suit. If the economic environment deteriorates, maybe that will result in more companies looking to raise capital, restructure, and seek bespoke financing – using real estate to generate more liquidity.’

‘There might also be companies able to capitalise in a recession, who find purchasing opportunities of some of their rivals or compatible businesses. And so, it is not all doom and gloom, it goes both ways.’

WP Carey doesn’t depend on bank financing as it uses existing capital facilities totalling billions of dollars to acquire assets all-equity. That could come in very useful as borrowers contend with lenders increasing their rates, thus thinning the competition among investors.

Deals so far this year for WP Carey show it has been able to find opportunities. They include a €64 mln sale-leaseback in Denmark of 16 grocery stores net leased by Coop Danmark; a food production warehouse for €93 mln in Belgium, and a €130 mln, 26-strong portfolio in Spain leased to funeral services provider, Memora Servicios Funerarios. In that latter instance, the tenant signed a 30-year master lease. 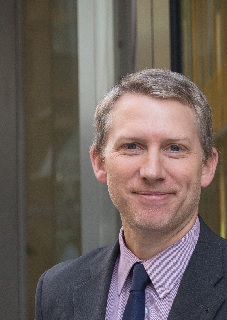