PropertyEU's annual ranking of the leading investors in Europe being launched at Expo Real this week, reveals a resurgence of investment in 2021 following the pandemic lockdowns of 2020.

The ranking by assets under management (AUM) in 2021 puts Swiss Life Asset Managers in the top spot for the third successive year, followed by Vonovia and AXA IM Alts.

The total volume of assets managed by the companies surveyed exceeded €2 tln for the first time, representing a year-on-year increase of 17.7%. The foundations for that strong performance were laid in the second half of the previous year, as the unexpectedly fast revival in market activity, coupled with historically low interest rates and pent-up investment capital seeking an outlet, gave the biggest players scope to consolidate their position and, in some cases, pursue an aggressive acquisition strategy that reaped big gains.

Star performers
Not only did Zürich-based Swiss Life top the ranking, it also became the first company to manage more than €100 bn of assets in Europe. Familiar names dominate the top of the order – 11 of the top 12 companies from 2020 filled the top dozen positions again, and only Edinburgh-based Abrdn’s acquisition of logistics platform Tritax enabled it to break the trend.

Further down the ranking the standout performer was Oxford Properties Group, the property arm of Canadian pension fund giant Omers. Its 73% growth spurt followed on from a pandemic-defying year in 2020, when it successfully focused on acquiring European logistics. Yet recently it has struck some big office deals, selling a €300 mln complex in Paris in December 2021 and immediately picking up Victoria House in Bloomsbury, London, for €518 mln a month later.

Germany confirmed its position as the largest investor base in Europe in terms of aggregate AUM. More than a quarter of all assets are now managed by German-based investors, while France accounts for just over 17% of the pie. The UK has recovered slightly since last year to hold 13.3% of all assets, but this still represents a steep fall-off since 2017, when it was the largest European market with a 21.4% share compared to 18.7% for Germany. The US and Switzerland, with 11.9% and 9% respectively, also strengthened their share of the total, so that the five biggest markets now have 77% of the total pie.

M&A wave
The biggest factor influencing our 2021 ranking is the surge in M&A activity, most notably in the residential sector. Germany’s biggest landlord, Vonovia, clearly spent the lockdown period preparing the ground for a buyout of its nearest rival, Deutsche Wohnen, for €18.6 bn. At the time both were listed on the DAX index of Germany’s 30 largest companies. It meant Vonovia increased its AUM by 66% to become the second largest company in Europe, overtaking AXA IM Alts, and was reflected in a 36% increase in its FFO in the first half of 2022.

Sweden was a hotbed of takeovers, with Corem Property Group increasing its AUM almost fivefold to €8 bn by absorbing the housing stock of Klövern in a deal valued at €5.2 bn. Other major residential deals included Heimstaden Bostad’s acquisition of Akelius, with its portfolio of 28,000 homes, around 60% of them in Germany, and Castellum’s purchase of Kungsleden for €2.6 bn.

Three of the five biggest risers last year are based in Sweden, but because these takeovers were domestic deals, the country’s share of European AUM is virtually unchanged from 2020, with just over 6% of the total. However, there are signs that the wave of takeovers may have dissipated, with Vonovia deciding against a full takeover of troubled Adler Group while Altarea, the 100th company in our ranking, pulled out of a €1.9 bn deal earlier this year to buy out asset manager Primonial REIM.

The strength of the residential sector can be gauged from an analysis of 51 companies which supplied comparable breakdowns of their portfolios in 2020 and 2021. It shows housing went up as a proportion of total AUM from 21.2% to 26% in the last 12 months. Logistics continued to be an attractive destination for capital, accounting for 12.3% of assets compared to 8.1% 12 months ago.

Perhaps the most surprising revelation is that the growth came at the expense of the office market rather than retail. The demise of the shopping centre has been cited as one of the main drivers of warehouse expansion, as online deliveries stimulated the growth of a multi-stage supply chain, but retail’s share of AUM was unchanged in 2021 at 15%.

War and inflation
Offices, on the other hand, took longer to return to pre-pandemic occupancy levels, as ‘work from home’ rules were among the last stages of lockdown to be dropped. Since the start of 2022 office vacancies have stabilised and demand has returned, but the war in Ukraine has brought fresh challenges, as large companies have postponed decisions on relocating or expanding office space as they wait for the economic impact to become clear, while the cost of construction and materials has risen sharply.

There are signs that the tide is turning in the residential sector too, with LEG Immobilien, one of Germany’s largest landlords, recently announcing it expects to become a net seller in 2022. Residential firms were among the biggest climbers in our 2021 ranking, with LEG, Swedish social landlord SBB Norden and US giant Greystar all recording nearly 30% growth in their European AUM.

A report by S&P Global ratings predicted that housing developers expect the rising cost of materials to eat into their margins in the next 12-18 months, delaying newbuild projects, while higher interest rates are likely to drive down domestic property prices and transaction levels as mortgages become less affordable. Rising living costs may also impact on investors’ margins if they are required to mitigate the high fuel bills in the winter of 2023.

Logistics is another area where investors are starting to see headwinds, with DWS Group speaking of parts of the sector being ‘fully valued’ and yields dropping to the point where ‘it is unlikely [the] very high level of growth can be sustained over the longer term.’ In the UK, which has been in the vanguard of the ‘shed bubble’, big players such as Segro and Prologis have seen their market capitalisation drop sharply in the third quarter of 2022, while private equity firm KKR withdrew a portfolio of 16 warehouses from the market amid rumours that buyers were reluctant to meet their valuation of £800 mln (€935 mln). 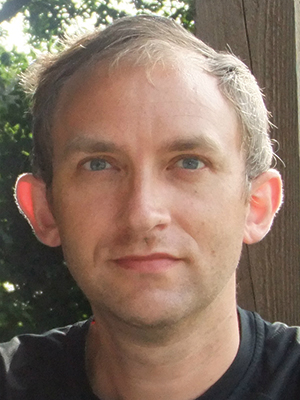