High inflation, rising energy costs and Brexit are impacting the predictability of the UK logistics market.

At the same time, economic uncertainties have not influenced demand, with take-up showing an uplift, while vacancy rates remain at all-time lows.

The Bank of England has implemented six consecutive hikes to interest rates in an attempt to rein in inflation, which hit a new 40-year high of 10.1% in August, due to spiralling food and energy prices.

During a roundtable hosted by PropertyEU in Amsterdam in early September, logistics experts Marcus de Minckwitz, head of EMEA industrial and logistics at Savills and Diederik Schol, a Principal in KKR’s real estate acquisitions team, shared their insights on the challenges faced by the UK market and current and future trends.

Schol said that increasing interest rates ‘has a direct, negative knock-on effect on real-estate valuations’, while De Minckwitz expects that ‘as bond rates and interest rates have risen so quickly and sharply real estate yields have had to move out to maintain relative value.’

However, according to him, ‘for the first time there is a question mark over rent affordability,’ although ‘the trajectory is overridingly positive because of where vacancy rates are’, a view shared by Schol who stressed that the occupier market ‘for now, remains very strong’.

The panellists also discussed how e-commerce giant Amazon is putting a brake on expansion plans due to storage overcapacity in the US, while warehouse owners in the UK and Europe are less exposed.

At the same time, supermarkets and retailers like Marks & Spencer are increasingly focusing on more efficient use of existing stores to serve both physical and online channels.

Commenting on the impact of Brexit, Schol said it had led to ‘higher inventory levels and a change of trade patterns’, while ‘cost and availability of labour have been put under real pressure’.

De Minckwitz added that there have been some short-term gains such as extra take-up of capacity, although ‘long-term there are a lot of challenges for the UK’.

New market trends
The lack of prime or core assets is causing a spillover to next best or secondary locations, boosted by availability of labour, although connectivity, transport links and a wider tenant base will ultimately impact decision-making.

KKR is optimistic about the future of urban assets, but expects some local SME-type occupiers will not be able to afford rents, leading to higher tenant churn in the short term and the opportunity to improve assets and tenant base in the medium to long term.

De Minckwitz highlighted that the pool of tenants is ‘incredibly diverse’, although it should be noted that sub-sectors such as urban logistics have very high exposure to SMEs.

The panellists agreed that single-storey warehousing will continue to dominate due to high rents, with multi-storey facilities seeing only minor interest.

The market for industrial warehousing, logistics and data centres in populated areas remains strong, although there has been a certain pushback in London, as some councils have been unable to reach their housing targets.

Old is good
The safest bet is to acquire and refurbish older, less efficient buildings, and seek higher premiums by achieving BREEAM and ESG targets.

The biggest challenge for developers remains the lack of qualified labour, although improvements are also necessary in the supply chain, with more manufacturing done in the UK.

Although land prices have gone down, De Minckwitz recalled that they had previously gone up very quickly so current values could be in line with those only 18 or 24 months ago.

‘Big box’ warehouses are leading demand, with spaces of 46,450 m2 and higher accounting for 52% of the total, according to Savills. 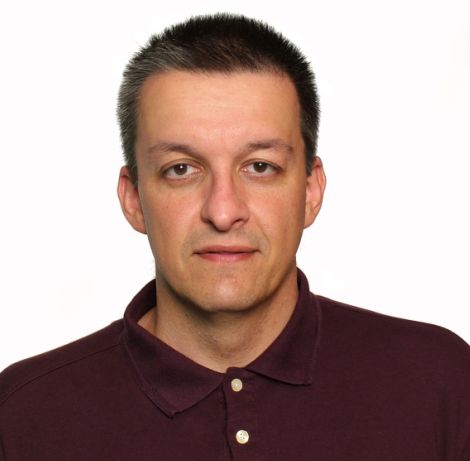