BEOS Logistics bets on a busy Expo with growing pipeline

With its avant-garde, timber-framed warehouses and one of the fastest growing shed development pipelines in the business – particularly for a firm which has been active for just 20 months – BEOS Logistics is gearing up for a packed Expo schedule, according to co-founder Ingo Steves.

‘We were present last year at Expo – when we’d been active in the market for only around nine months – and that was already quite something. One year on, we have plenty to show and tell,’ Steves added.

After focusing its initial efforts on developing sustainable and modern logistics properties in prime German locations, the company also has Europe in its sights. I’d like to be active in the Nordics, Benelux and France in the next three or two years. For now, we’re really concentrating on markets where we already have deep inside knowledge and where our backer Swiss Life AM is already a major player.’

Blue-sky thinking aside, BEOS Logistics has been incredibly concrete in its approach to date. ‘We’re assembled a massive pipeline in a short space of time – I’ve honestly never seen anything like it during my time in the business,’ Steves noted. ‘We have acquired 600,000 m2 of land and we’ve produced 300,000 m2 of gross leasing area, all of which is more or less rented. That is excellent in 20 months.’

One of the hallmarks of the sheds BEOS Logistics develops is their impressive sustainability credentials. ‘Swiss Life AM has been active in the markets for 165 years and they have a reputation for a stellar approach to sustainability – so we do too. Our buildings are on a very high level in terms of ESG factors. It’s costly to include some of these aspects in project development calculations but we think it’s worth it – occupiers and municipalities want the same. So that means including geothermic heating, solar panels, wooden facades, and timber frames instead of steel. We also pay attention to nature and wellbeing concerns.’

Despite facing some supply-chain issues like all developers, Steves said BEOS Logistics and its partners were well-prepared for the potential materials crisis and stockpiled components where necessary. It’s clear that his 20+ years of experience in the business is paying off.

‘The team were at GLP, Logicor and AEW and covered the entire Northern European market for them. So, we have the knowledge to build a pan-European business. We started in Germany as it’s the biggest logistics market in the region, surrounded by lots of active markets. It’s the biggest country in terms of supply chain activities, production and consumer needs. But I also believe we can replicate our success here on a European scale.’ 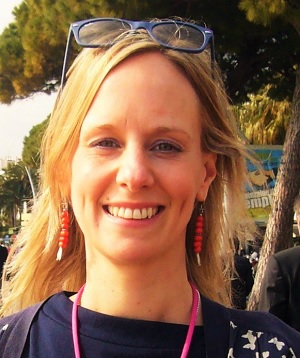